ATLANTA (Oct. 18, 2022) – AFS Logistics, an industry-leading 3PL provider, and Cowen Research today released the October 2022 Cowen/AFS Freight Index for Q4, a snapshot with predictive pricing across multiple sectors in the freight industry. The latest release of the index projects quarter-over-quarter (QoQ) declines in transportation costs across all reported modes, with the exception of ground parcel.

The Cowen/AFS Freight Index is unique due to its dataset and forward-looking view. The expected rate levels are derived from the data associated with $11 billion of annual transportation spend by AFS customers across all modes and includes actual net charges that factor in accessorials such as fuel surcharges. Past performance and machine-learning produce predictions for the remainder of the quarter, set against a baseline of 2018 rates for each mode.

Peak season surcharges are now in effect for a far longer period of time than in the past and apply to more shippers. Peak surcharges for additional handling and oversize packages have been in place since January for UPS and started on Sept. 5 for FedEx. For comparison’s sake, the 2018 peak season lasted 34 days for UPS and 35 for FedEx. Last year, peak residential delivery surcharges from both major carriers applied to customers who shipped more than 25,000 residential and ground economy packages per week. This year, that threshold decreased to 20,000 packages per week, so more shippers should expect to pay these surcharges. And, year-over-year (YoY) rate increases for various peak surcharges go as high as 60%; acting as a potent tool for carriers to avoid undesirable packages.

In Q4, the aggressive peak surcharge increases and additional surcharge costs arising from the seasonal increased share of residential deliveries will help push up the average rate per package for ground parcel, taking the index forecast up to a new high of 28.5% as compared to the 2018 baseline. The anticipated Q4 rate growth stands in contrast to the previous quarter, in which ground parcel rates were relatively flat due to lower fuel surcharges and a higher average discount.

While express parcel rates increased sharply in Q2 of this year, lower fuel surcharges, declining average billed weight and a shift to fewer premium services resulted in a decline of 5.1% in Q3. For the quarter ahead, the express parcel index is projected to further decrease to -1.8% compared to the 2018 baseline, though that figure still reflects a 4.3% YoY increase.

“Earlier this year, carriers had a strong hand in relation to pricing due to capacity issues during the pandemic, and fuel prices running amok,” says Micheal McDonagh, president, parcel, AFS Logistics. “But as the economy softens and shipment volume decreases, carriers will need to strategize to gain volume.”

GRIs – Worse than they look

Citing inflation, FedEx announced the highest-ever net list rate increase of 6.9%, effective January 2023 for both express and ground parcel. But that published average increase can be misleading. The actual list rate increase varies based on package characteristics, as do increases to individual surcharges. For example, the list rate increase for a zone 8 package with a billed weight of 26 pounds could actually be 7.4% for priority two-day shipping, and together with accessorials, calculations show the total cost to ship a package once the general rate increase (GRI) takes effect could actually amount to a 12.7% increase – nearly twice the announced GRI.

Annual GRIs also have a compounding effect that drives up costs significantly over time to a far greater extent than steady annual increases may indicate. Based on list rate and accessorial increases for the five-year period from 2017 to 2022, an example zone 5 package with a dimensional weight of 54 pounds has become 38.2% more expensive to ship priority overnight.

“While the record-high GRI announcement from FedEx grabbed headlines, shippers may still be surprised by the more costly reality lurking behind the annual increases they’ve grown accustomed to,” says McDonagh. “The forthcoming UPS GRI will likely be comparable to FedEx’s, which then leaves shippers with the task of testing how ‘sticky’ this latest GRI really will be.”

Weight and fuel surcharge per shipment both declined on a quarterly basis in Q3 2022, which helped drive a decline of 2.4% in LTL cost per shipment QoQ. However, the LTL index still showed a significant YoY increase in Q3 of 20.3%. And while the average fuel surcharge decreased by 5.4% QoQ due to lower crude oil prices in Q3, average accessorial charges per shipment jumped 8.4% compared to the previous quarter. Looking ahead to Q4 2022, the LTL index is again expected to decrease on a quarterly basis, from 55.3% to 48.6% – still a 10.1% YoY increase compared to Q4 2021.

“Shippers bore the brunt of supply chain bottlenecks and fuel price spikes in previous quarters,” says Nightingale. “We expect continued high fuel surcharges in the coming quarter and LTL GRIs are just around the corner, but demand is softening and prudent shippers are already taking steps to reduce costs, while carriers take steps to ensure their networks remain full as the economy cools.”

While truckload rates have fallen sequentially, the rates have fallen less than volumes; indicating surprising resilience in the market and the long shadow of truckload contract rates. The Cowen/AFS Truckload Freight Index is forecasted to be 17.9% in Q4 as compared to 18.3% in Q3. The linehaul cost per shipment showed a 0.8% decline in Q3 compared to the previous quarter, but still amounted to a 6.4% YoY increase. However, the YoY increase is 10% less than Q2’s YoY growth rate, indicating that the pace of truckload’s cost per shipment increase is declining.

Not only is the Q4 truckload index expected to buck typical seasonal trends and decline on a quarterly basis, it also indicates the first negative YoY change since Q3 of 2020. This decline is largely due to the current macroeconomic environment, driven by factors like inflation remaining above 8% and expected rate hikes by the Federal Reserve. As a result, truckload carriers are likely to face challenges maintaining revenue growth over the next several quarters.

AFS Logistics helps more than 1,800 companies across more than 35 countries drive sustained savings and operational improvements, while turning their logistics operations into competitive, customer-centric differentiators. As a non-asset based and non-asset biased 3PL, AFS provides a range of logistics services, featuring freight and parcel audit,  parcel cost management, LTL cost management and transportation management, which includes freight brokerage and freight forwarding. Founded in 1982 and employing a team of more than 380 logistics teammates in eight major locations across the U.S. and Canada, AFS is regularly part of the Inc. 5000 list of fastest growing companies. To learn more, visit www.afs.net. 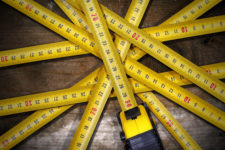